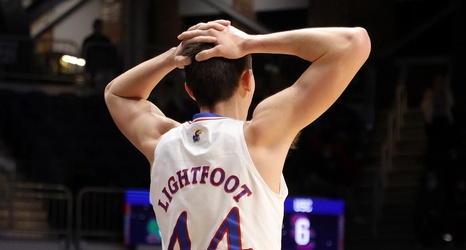 Out of the gate, both teams looked sped up and neither was hitting their shots. As the teams settled down, however, one of them started scoring points. USC sophomore Isaiah Mobley hit a career high four shots from outside in the first half alone, while the Jayhawks shot just 26% from the field, compared to the Trojans’ 53%. Mobley had a game high 14 at that point while the Jayhawks were led by Marcus Garrett’s seven.