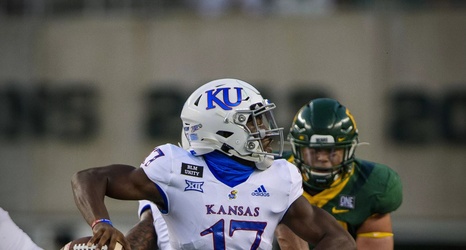 True freshman quarterback Jalon Daniels got his first career start for the Jayhawks against Baylor, and out of the gate, the early returns were good. He was 2/2 on an opening drive that ultimately led to a touchdown run by Pooka Williams. The offense looked fluid and effective on that drive as the Jayhawks took their first lead of the season, after a dismal first game against Coastal Carolina.

It initially looked like KU could really get something going after that. Baylor was held to a 3 and out, and KU had a shot at a two possession lead.