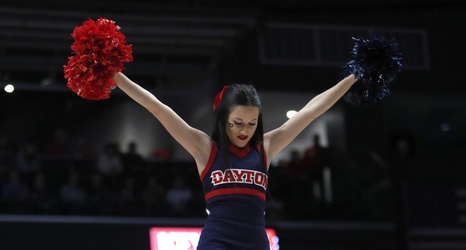 The Kansas Jayhawks beat North Texas yesterday to advance, but the margin was much closer than expected. Up next are the Dayton Flyers, who dispatched Miami yesterday. A win will put Kansas into the finals against the winner of Belmont and Iona. But after what happened to Alabama yesterday, is there any concern about actually getting there?

Take a look at what our staff thinks, and then leave your own GIF prediction in the comments below!

Fizzle406: Kansas played Dayton in the 2009 tournament. I think Cole had a triple-double in this game. Anyway I became a dedicated reader of a Dayton blog for like 4 months afterwards.