Kansas football: Why Kevin Kane should be named the next head coach 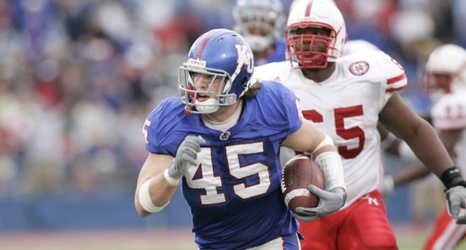 Linebacker Kevin Kane of the Kansas Jayhawks returns an interception for a 4th-quarter touchdown during a game against the Nebraska Cornhuskers at Memorial Stadium in Lawrence, Kansas on November 5, 2005. Kansas won 40-15. (Photo by G. N. Lowrance/Getty Images)

Kansas football is set to make their fifth football head coaching hire in the past 12 years. While many names are being considered, there is one name that I believe stands above the rest: Kevin Kane.

Kane is currently the assistant head coach and outside linebackers coach at the University of Illinois. He joined them just two months ago in January 2021 under Bret Bielema – a former Jeff Long hire at Arkansas.