Kansas football: Top five wins of the decade for the Jayhawks 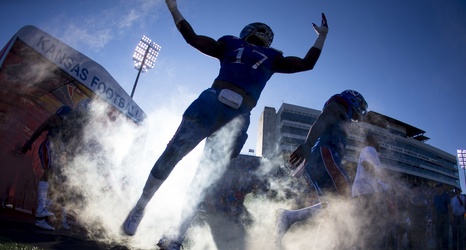 Since 2010, Kansas football’s had four different head coaches: Turner Gill, Charlie Weis, David Beaty, and now Les Miles. Not a single one of those coaches was able to muster more than three wins in a single season.

Between 2010 and 2019, the Jayhawks averaged an incredibly awful 2.1 wins per season, which further proves just how down the program is and has been. Still, there have been some special moments and games during this terrible stretch, and they deserve to be talked about.

Leading Kansas to a 3-9 season in his first season as head coach is impressive for Les Miles, and it’s exciting to see how far he can take the Jayhawks.