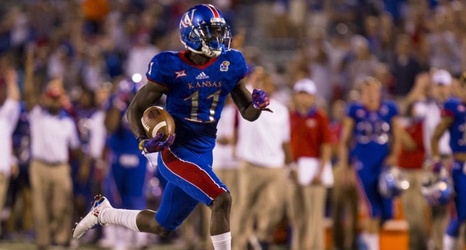 Kansas football alum Steven Sims Jr. had a good rookie season last year with the Washington Redskins and he’ll look to build off of that in year two.

After spending four years with Kansas football, Steven Sims went undrafted and then signed with the Washington Redskins. Sims survived all the roster cuts, and Sims became both a valuable return man and receiver for Washington.

Before that though, Sims was a huge part of the Kansas Jayhawks offense. He ranks second in career receiving yards and touchdowns at Kansas, and he also made some All-Big 12 teams too.