Kansas football: Offense must show up if Jayhawks are to win games 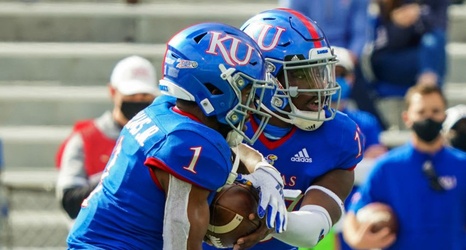 Kansas football’s defense gave the Jayhawks a chance to win yesterday, but the offense couldn’t get anything going for the fourth game in a row.

Kansas football has struggled this season, to say the least. The Jayhawks are allowing an average of 43 points per game while only scoring about 15 per game. That’s not a recipe for success, and Kansas will not win a game this year if they don’t make some drastic improvements.

It sounds like both the offense and defense are equally to blame, and while both have struggled, the offense has done the defense absolutely no favors.