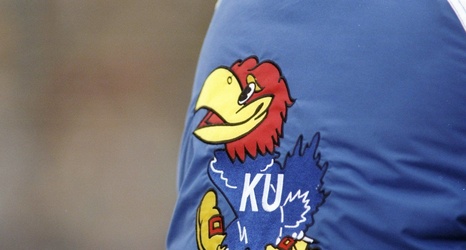 Brennon Scott, a four-star prospect out of Dallas, Texas decommmited from Kansas football on January 7. It was a major blow to Les Miles’ 2020 recruiting class, as Scott was the Jayhawks’ highest rated recruit according to Rivals.

The talented linebacker committed to Kansas back in August after receiving offers from Arkansas, USC, Georgia, Florida, Texas, and other major schools. Scott scheduled an official visit with Arkansas on January 17, and it looks like that might be where he’s headed.

Scott announced his decision to decommit from Kansas football via Twitter:

The loss of Scott also hurt the Jayhawks in the recruitment rankings.