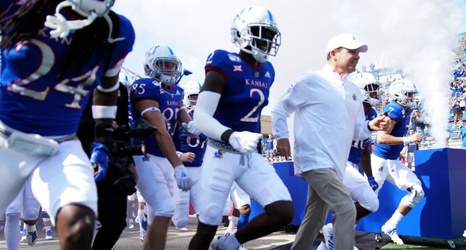 Kansas football head coach Les Miles deserves to be ranked higher among coaches of Power Five programs based on his past and what he’s done at Kansas.

CBS Sports ranked every Power Five coach (plus Notre Dame) in the nation, and Kansas football’s very own Les Miles clocked in at No. 43 overall and No. 7 in the Big 12 conference. One of only a few current coaches that have won a national title, Miles deserves to be higher on the list.

Sure, the title was all the way back in 2007; however, Miles did have success at LSU after his title run, and his first season at Kansas wasn’t as bad as the record may have indicated.