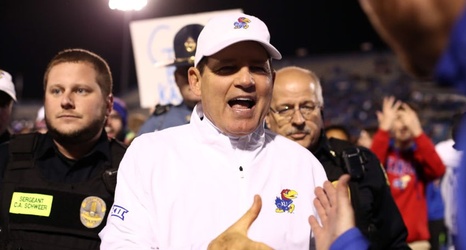 Despite only a three-win season during the 2019 campaign, Kansas football head coach Les Miles received a fair ranking from Sporting News. Their ranks placed Miles just inside the top 40 at No. 36 out of 130 college football coaches. Out of the ten Big 12 coaches, Miles came in at No. 7 in the conference, with Lincoln Riley at No. 1 and No. 4 overall.