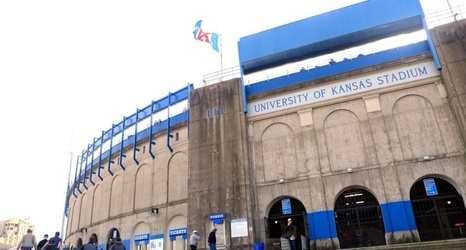 Kansas football landed its fourteenth commitment this morning with Larson Workman announcing that he’d be a Jayhawk.

Kansas football is up to its fourteenth commitment in the 2021 recruiting class. Offensive lineman and Texas native Larson Workman is the latest Jayhawk to join the class, but Workman isn’t a well-known recruit. As a matter of fact, he hasn’t got much attention at all from Power Five schools or different recruiting outlets.

As of now, Workman holds offers from Arkansas State, Eastern Michigan, Florida International, South Dakota, and a few other schools.