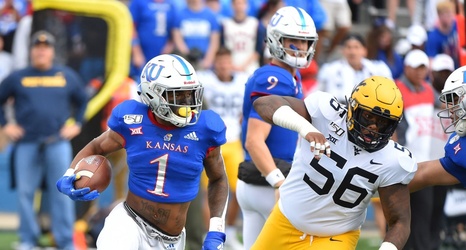 Kansas football has been struggling on offense this season, and it seems like Les Miles has finally pulled the plug on former offensive coordinator Les Koenning. As of Sunday, Brent Dearmon, a former NAIA head coach, will take over as the new OC.

Dearmon joined the Jayhawks’ coaching staff this season after leading one of the most incredible NAIA offenses ever. His Bethel Wildcats averaged an incredible 540 yards per game during his only season with the program as its head coach. Dearmon’s Wildcats also out up a crazy 55 points per game average, which was the highest among college teams last season at any level.