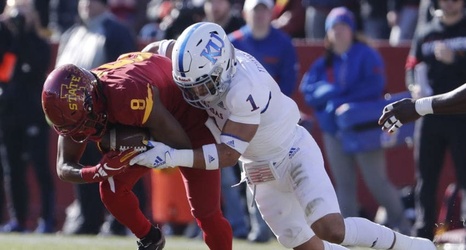 Kansas football is in the hunt to land three-star recruit Maxwell Hairston, a class of ’21 cornerback who could really shine as a Jayhawk.

Along with announcing his top choices, Hairston also let everyone know that he will be committing on June 3. While he didn’t give any details like a time, it’s a smart idea to keep an eye on his Twitter in the coming days for an announcement with more details.