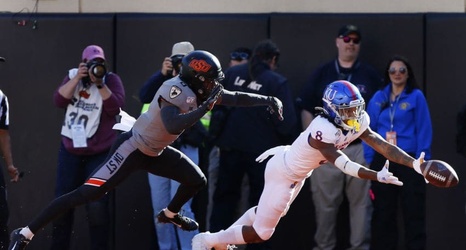 Kansas football has been far from good over the past 10 years, and that’s not going to magically change after one season.

Next season could be pretty rough for Kansas football. The Jayhawks lost a lot of upperclassmen from 2019, and they aren’t projected to win more than three games according to ESPN’s Football Power Index. So what should the goal be next season for Les Miles’ squad?

Even though fans want to see it, six wins isn’t the goal. Keep in mind that Kansas hasn’t won more than three games in over a decade, and expecting that number to double after just one year just isn’t realistic.