Kansas football: Holding out on David Beaty was hardly worth it 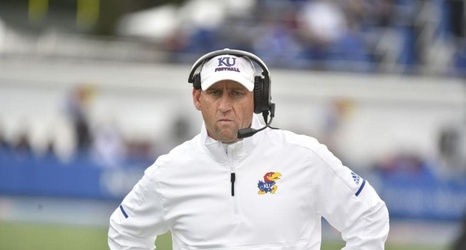 Kansas football and former head coach David Beaty have reached a settlement, and nobody really won.

Kansas football has been locked in a battle with former head coach David Beaty for over a year; however, an end to the dispute was announced yesterday. Kansas ended up paying Beaty 2.55 million dollars of the three million that he was owed, which reinforces the fact that Kansas Athletics should have just paid Beaty his buyout to begin with.

Here’s the brief version of how we got to this point:

Beaty was fired by athletic director Jeff Long, and Kansas agreed to pay him his $3 million dollar buyout.