Kansas football: Highs and lows from the 2019-20 season 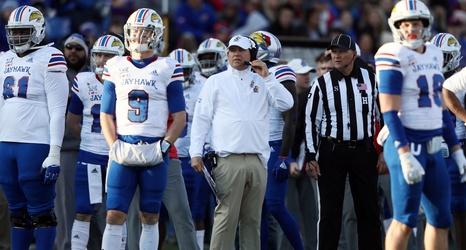 Another year, another three-win season. Some things just don’t change when it comes to Kansas football, but maybe things will improve in the near future.

Despite the 3-9 record, this team showed a lot of fight in head coach Les Miles’ first season leading the Kansas Jayhawks. A three-win season isn’t terrible, considering the Jayhawks haven’t won more than three games in a season in over a decade.

So far, Les Miles and the coaching staff have already got off to a good start on the 2020 recruiting class.