Kansas football has an opportunity to land former Minnesota commit 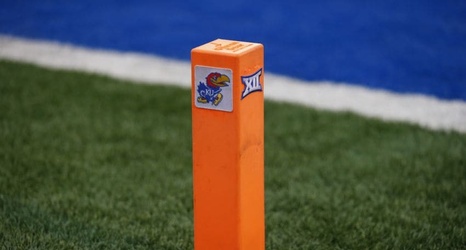 Kansas football seems to be the favorite to land D’Marion Alexander, a three-star linebacker who recently decommitted from Minnesota.

It’s the worst when a good recruit decommits from your school, but in this case, Kansas football has been given a second chance to land a solid recruit. D’Marion Alexander is a three-star linebacker from China Spring High School in Texas, and he ended his commitment to Minnesota on June 23. Alexander was a major target for Kansas before his initial commitment to the Golden Gophers.

Now that Alexander is available again, here are some of the schools the Jayhawks will be competing with for Alexander: TCU, Texas Tech, Baylor, and Arizona State.