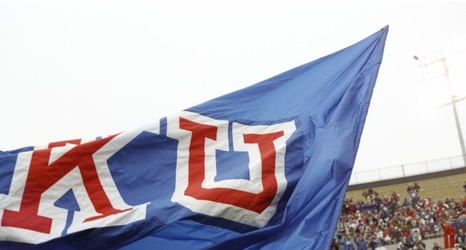 Kansas football could be in for some big news on Independence Day. Keon Coleman, a four-star, top 300 recruit in the class of 2021, has set a commitment date for the fourth. The big-time wide receiver has Kansas in his top three choices, along with Oklahoma and South Carolina.

Coleman isn’t just a great football player though, he’s also got D-1 talent on the basketball court as well. Since neither Oklahoma nor South Carolina is on the same level as Kansas basketball, the Jayhawks do have an advantage in that area.