Kansas football: Could Feleipe Franks be joining the Jayhawks? 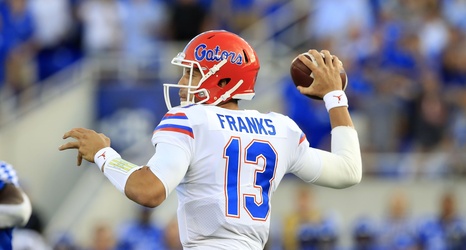 Kansas football desperately needs a competent quarterback next season to replace Carter Stanley, could former Florida Gator Feleipe Franks be the answer for the Jayhawks? Rumors have been circulating that Franks could wind up with Kansas after he followed head coach Les Miles and offensive coordinator Brent Dearmon on his Twitter account. Franks only follows about 100 other people, so it doesn’t seem like just a coincidence.

Franks does have another tie to Kansas football though, and this one’s a little bit more compelling.

Back when Les Miles was at LSU, Franks actually committed to Miles and LSU, before deciding to ultimately attend Florida.