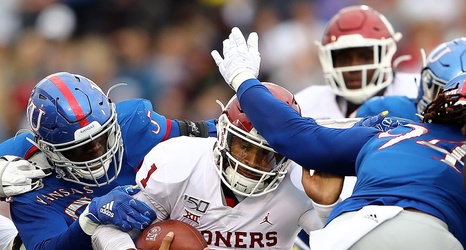 It’s that time of the year, the dreaded bye week. That doesn’t mean it won’t be exciting though, as a matter of fact, Kansas football fans will have all kinds of great games to watch this week since the Jayhawks won’t be playing.

There are actually a total of four Big 12 teams on their bye week, including Kansas, Kansas State, Oklahoma State, TCU. Despite 40% of the conference not having a game, there are still some really great games on, including the Red River Shootout.

READ MORE: The state of Jayhawk football: Examining the first half of the season

The top-25 Baylor Bears will head into Lubbock to take on the Red Raiders at 3:00 PM on FS1.