Kansas basketball: Who’s going to step up for the Jayhawks next season? 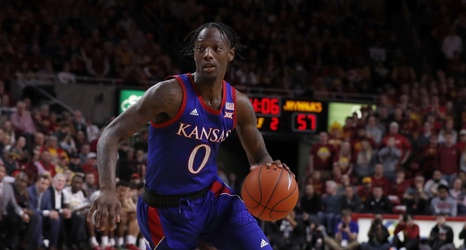 Replacing good players after they graduate or leave for the draft is never easy, especially when the players were all-conference and all-Americans. Kansas basketball will have to replace two such players in Udoka Azubuike and Devon Dotson which begs the question: who will be the leaders on next season’s Kansas Jayhawks?

Nobody on Kansas’ roster from last season averaged more than 10 points per game last season, which means at least a couple of players will have to take on more responsibility.

One player that could rise up is senior Marcus Garrett, who won both the Naismith and Big 12 Defensive Player of the Year awards in addition to being named Third-Team All-Big 12.