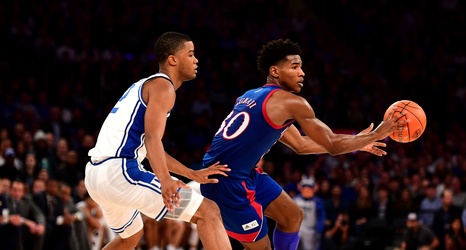 Death, taxes, and Kansas basketball committing too many turnovers.

After turning the ball over 10 times in the first half last Saturday against West Virginia, the Jayhawks tightened up and only turned the ball over four times the rest of the game. Bill Self must have got onto the team during halftime, because the second half was night and day from the first half in that regard.

So far this season, Kansas basketball is turning the ball over around 14 times per game which ranks 236th in the nation according to the NCAA. Turnovers have already cost the Jayhawks one game against Duke, where they lost the ball an astounding 28 times in one game.