Kansas basketball should keep an eye on Bryce Griggs 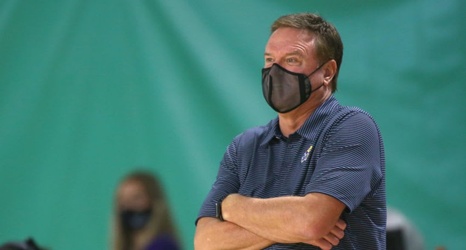 Kansas basketball has a chance to land 2022 Hightower prospect Bryce Griggs, as the four-star point guard has narrowed down his top seven schools.

Texas, Baylor, and Memphis are among the many talented programs eyeing Griggs following his past season.

Kansas will be competing with its Texas-based Big 12 neighbors to secure Griggs, which could sway his decision either way. He has also expressed interest in Overtime Elite, a minimum salary-based development league.