Kansas basketball: Raef LaFrentz one of the most underrated Jayhawks 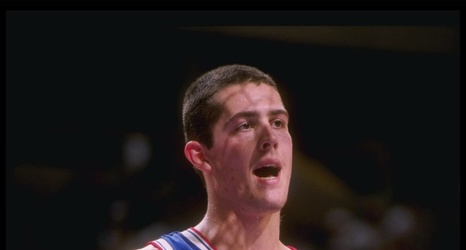 Kansas basketball was a juggernaut in the ’90s and early ’00s thanks to head coach Roy Williams and his tremendous rosters that included players like Paul Pierce, Drew Gooden, Kirk Hinrich, and Nick Collison. One of the all-time great Jayhawks that’s often forgotten or at least not appropriately respected though is Raef LaFrentz.

An Iowa native, LaFrentz played at Kansas from 1994 to 1998. He has an incredible list of accomplishments and accolades that include: