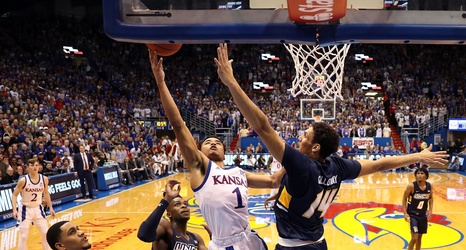 Maybe not even dominating, but things still haven’t quite “clicked” yet for this Kansas team. Yes, it’s early in the season, but the Jayhawks are a top-five team in the country, and let’s face it: it’s a national championship or bust kind of season.