Kansas basketball: Jayhawks are the best defensive team in the country 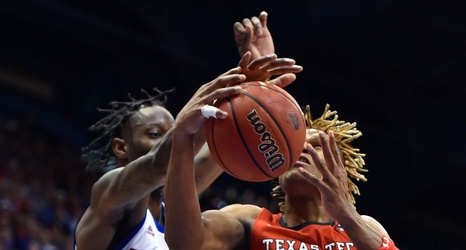 Kansas basketball beat the TCU Horned Frogs yesterday 60-46 on the road. It was an ugly game offensively for the Jayhawks, but Kansas dominated the Frogs with their defense. This isn’t the first time this season Kansas has won a game on the strength of its defense either. The Jayhawks have held six of their last eight opponents to 60 or fewer points, paving the way for an eight-game win streak.