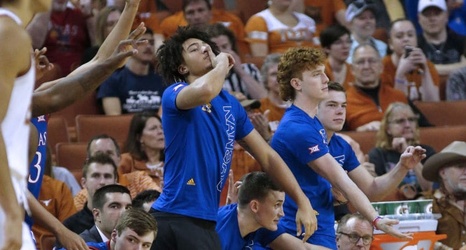 Kansas basketball fans didn’t really get a chance to see Jalen Wilson last season due to his injury, so it’ll be interesting to see what his role is in 2020.

As a four-star recruit, Jalen Wilson was supposed to be a factor on last season’s Kansas basketball team; however, an injury just one minute into the season opener ruined Wilson’s freshman year. Now, he’ll look to try and rebound this season.

When Wilson committed to Kansas, he had a lot of prestigious offers on the table, most notably from Michigan, North Carolina, Florida State, Arizona State, UCLA, Texas Tech, and others.