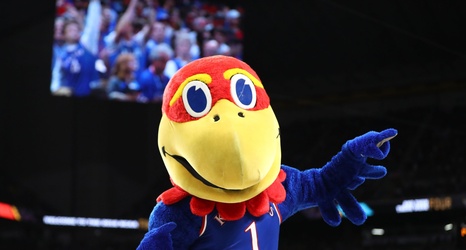 Isaiah Todd is currently ranked as the number 12 overall recruit in the 2020 class by 247 Sports. After having interest from North Carolina, NC State, Kentucky, and others, Todd has cut his list to two schools: Michigan and Kansas basketball.

Todd was recently in Lawrence for Late Night in the Phog. His decision date is set for his birthday, October 17.

Kansas basketball and Michigan were both big surprises and not predicted to make the final list. As a matter of fact, Kentucky was believed to be the frontrunner to land the five-star recruit; however, it seems like no one knows which way Todd is going to go after today.