Kansas basketball duo among top-10 players in the country 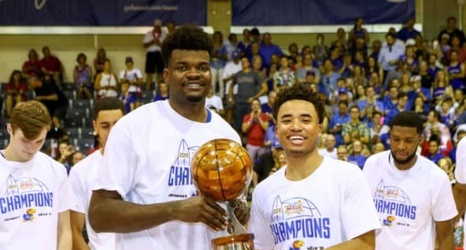 Kansas basketball’s leading scorers Devin Dotson and Udoka Azubuike continue to shine in the national spotlight after both were named as Men’s Citizen Naismith National Player of the Year semifinalists. The pair lead the Jayhawks in all but one major statistical category, assists-per-game; in which Marcus Garrett, a semifinalist for Naismith Defensive Player of the Year, leads the Big 12 in.

Cousy and Russell, Magic and Kareem, Kobe (RIP Mamba) and Shaq, these dynamic duos wouldn’t have had the same success without the other.

The same could be said for Dotson and Azubuike this year.