Kansas basketball: Does Bill Self’s future lie with the Spurs? 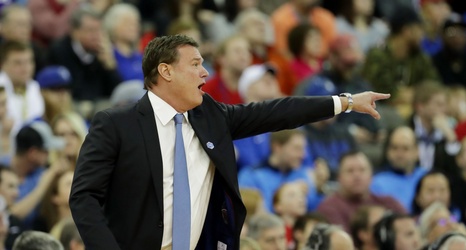 70-year-old Gregg Popovich, who’s been the head coach of the San Antonio Spurs since 1996, is going to retire one day, and probably sooner rather than later. Names are already circulating to replace Popovich, but one of the most intriguing is Kansas basketball’s very own Bill Self.

Self’s connection to the Spurs stems from one man: R.C. Buford.

Buford’s held multiple positions with the Spurs between 1994 and now, including, director of scouting, president, general manager, and now CEO. His friendship with Bill Self goes back a long time, the two were even in each other’s weddings.