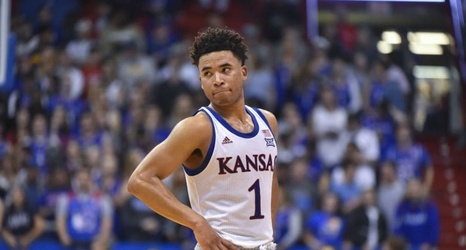 While Devon Dotson’s career didn’t finish the way we hoped it would, Bill Self had plenty of praise for the Kansas basketball star.

While every NCAA Tournament bound team’s hopes were crushed when the NCAA announced the cancellation of March Madness, few teams were robbed like Kansas basketball was. The Jayhawks were the undisputed best team in the country heading into March, and Kansas had everything they needed to win it all.

Sitting at 28-3 and in the midst of a 16 game win streak, Kansas was destined to receive the No.