Kansas basketball: David McCormack’s going to be a problem next season 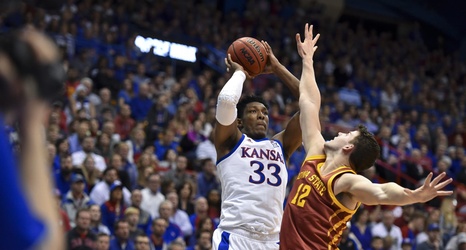 After committing to the Kansas Jayhawks as a four-star recruit, David McCormack wasn’t expected to play much in his freshman year. He’d be behind Silvio De Sousa, Udoka Azubuike, and Dedric Lawson; however, Azubuike and De Sousa would both have complications, and McCormack was forced to step up for Kansas basketball.

McCormack started the final 13 games of his freshman season, and he retained that starting role into his sophomore year. McCormack started 18 games last season and played significant minutes in all of the ones he didn’t.