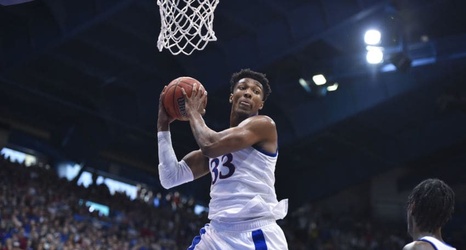 With the graduation of All-American Udoka Azubuike, the role of Kansas basketball’s starting center will fall to junior David McCormack.

Next season’s Kansas basketball team will look significantly different given the graduation of Udoka Azubuike and the departure of Devon Dotson. While Dotson’s replacement isn’t certain, Azubuike’s successor is pretty obvious. David McCormack should be ready to step into the spotlight, especially since he’s done it before.

During his freshman season, McCormack stepped in and started 13 games for the Jayhawks, partially due to the fact that Azubuike was injured early in the season.