Kansas basketball: Consistency is key for the Jayhawks this season 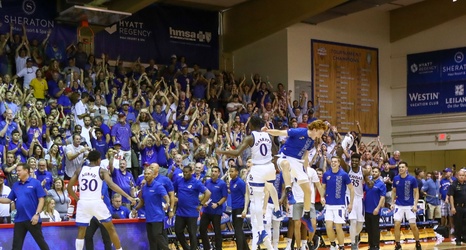 So far this season, Kansas basketball’s only loss has come to Duke in a game that they turned the ball over 28 times. Since that season-opener in Madison Square Garden, the Jayhawks have done an exceptional job at taking care of the ball, proving that the two-point loss was just a fluke.

Kansas also hasn’t lost a game since Duke, and was recently crowned Maui Invitational champions after a hard-fought victory over an up and coming Dayton squad led by Obi Toppin.

Other top-five programs haven’t been doing too got recently.

So far this season, the number one ranked team has lost three times.