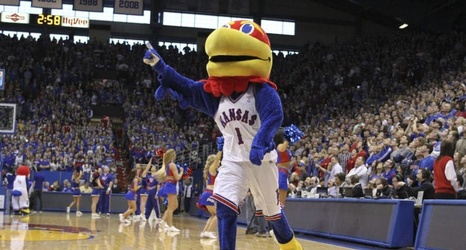 Kansas basketball’s Bud Stallworth put up a heroic performance in 1972 against the Jayhawks’ biggest rival: Missouri.

Kansas basketball struggled during the 1971-72 season. The Jayhawks made it to one of their final games of the season with a sub .500 record when they had to face off against Missouri, who was in contention for a Big 8 title at the time.

By this point in his career, Bud Stallworth was a senior, and the leading points scorer for the Jayhawks. He end up averaging over 25 points per game over the duration of his senior season, and he would also end up being named Big 8 Player of the Year in addition to second-team All-American.