Kansas basketball: Bill Self will mostly use four guard lineups next season 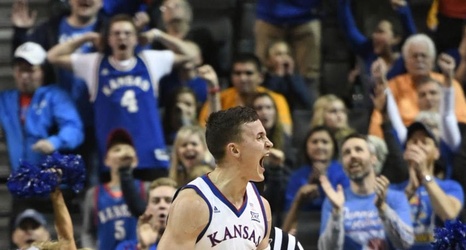 Mitch Lightfoot of Kansas basketball reacts after making a basket during the second half of the game against Marquette Golden Eagles during the NIT Season Tip-Off tournament. (Photo by Sarah Stier/Getty Images)

It looks like Kansas basketball head coach Bill Self will be sticking to a four around one style of play for the 2020-21 season.

It seems like forever ago now, but one of the major talking points last season around Kansas basketball was whether or not head coach Bill Self should primarily play four guards and one big, or try to use Udoka Azubuike and David McCormack at the same time.