Kansas at Boston College: The View from Section O 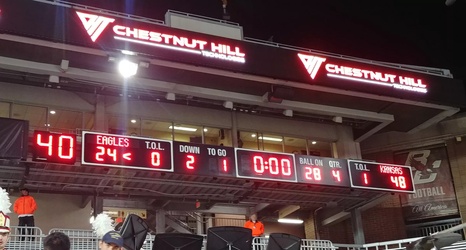 What a great day for football!

Ugh the traffic is awful.

Staying west of Boston a ways this week. Driving into a satellite location - free parking and shuttle.

Bus driver is a funny guy. Several Jayhawk fans on the bus. We all expect to lose by 50.

BC fan behind is a nice enough guy. Went to school there in the 1980s during Flutie mania. Got two kids in the ban now.

Didn’t talk much about the game, but had a good conversation.