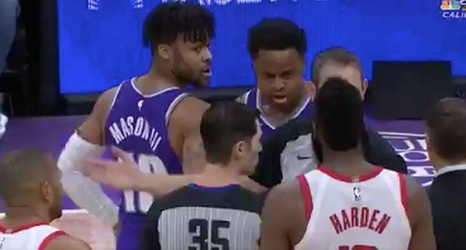 Mason swiped at the ball and instead caught Harden’s face/beard. A foul was called. Harden then tossed the ball at Mason’s feet, and the two exchanged words.

No punches were thrown, but neither player was happy.

Get six months of free digital access to The Wichita Eagle

Here is what happened (from Dime):

Frank Mason hit James Harden in the beard, so Harden threw the ball at him pic.