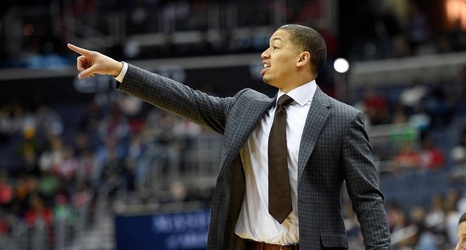 Former University of Kansas guard Terry Nooner has accepted a job as player development coach/assistant coach of the NBA’s Cleveland Cavaliers, he confirmed to The Star on Saturday night.

Nooner — who spent the last three seasons as an assistant women’s basketball coach at the University of Maryland — will join the coaching staff of his Raytown High School teammate Tyronn Lue, who is beginning his fourth season as the Cavs’ head coach.

Nooner, in fact, had Lue as a client when Nooner worked as a personal instructor from 2006-2011. Nooner arrived at Maryland after having served as assistant women’s coach at Alabama the two previous seasons.