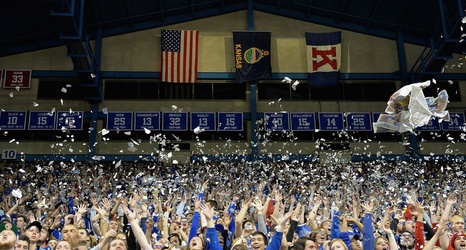 An All-American and two-time Big Eight player of the year, 6-foot-10 center Dave Robisch left his mark on Kansas basketball. Robisch played from 1968-1971 under head coach Ted Owens. His number 40 jersey hangs in the rafters in Allen Fieldhouse, and for good reason.

During the 71’ Final Four game against the John Wooden led UCLA Bruins, Robisch hit a shot that put the Jayhawks ahead late in the game.