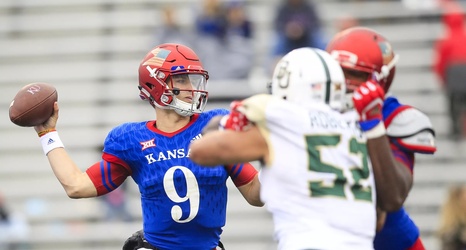 Every time I do a Baylor preview, I am incredulous that they still have an athletic department. This is your regular reminder that Baylor systematically covered up its rape culture at an institutional level less than 20 years after its head men’s basketball coach directed players to lie about a murdered teammate.

Baylor leads the overall series with Kansas 14-4, and has won 9 in a row against the Jayhawks.

Kansas has not won four games in a season since 2009.

This is the first time since 1977 that Kansas has faced four consecutive opponents ranked in the Top-25.