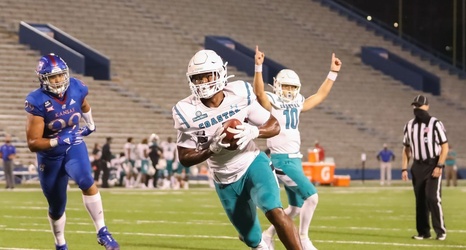 Get the kool-aid ready.

Per S&P+, Kansas has a 78% win probability against the Coyotes, who went just 1-3 this past season after four games were canceled due to Covid.