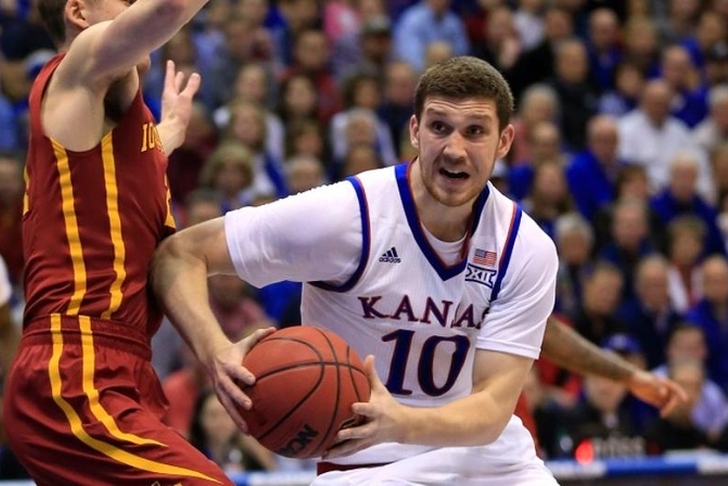 Kansas Jayhawks shooting guard Svi Mykhailiuk announced on Instagram that he will withdraw his name from the NBA Draft and return to school for the upcoming season.

Mykhailiuk had until 11:59 pm ET tonight to make a decision.

The Ukraine native was projected to go anywhere from the middle of the second round to undrafted, but one team reportedly talked to him about a potential draft promise. He didn't get that promise, which is why he's returning to school.

The 6-foot-8, 205-pound sharpshooter played well in his first year as a starter for Kansas, averaging 9.8 points while shooting just under 40 percent from three-point range.

That shooting and his size intrigues NBA scouts, but called on him to improve as a defender. Teams also love his experience. Despite being a junior, he will only turn 20 years old in June, meaning he'll have four years of college experience - along with international play for Ukraine - on his resume, but be the same age as a sophomore.