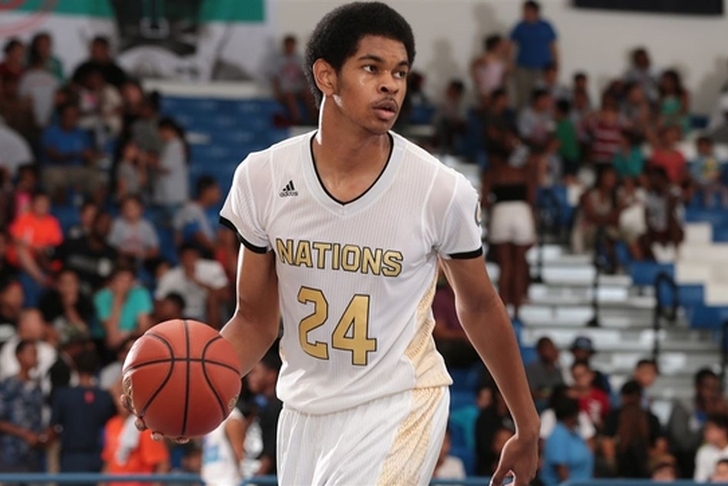 The Kansas Jayhawks were dealt a bit of a blow on the recruiting trail when forward target Thon Maker was cleared to enter the NBA Draft after spending this past year at prep school. In hopes of replacing him, KU plans to ramp up their pursuit of fellow five-star foward Jarrett Allen (Austin, TX), according to the Kansas City Star's Jesse Newell.

With Thon Maker officially off the board, KU could still make a run at big man Jarrett Allen. Ranked 20th in Rivals.

Self has 3 schollies left if Diallo doesn't return, so KU still likely to add 1-2 transfers as well.

The 6'9", 210-pounder is currently favoring Texas with Houston in second, but Kansas could quickly rise up his list as they make him more of a priority. Kentucky is also starting turn up the head in case center Marques Bolden commits to Duke over UK.

If forward Chieck Diallo remains in the NBA Draft, Allen would compete for the starting power forward job with Carlton Bragg Jr. However, if Diallo returns to school, Allen will likely be fighting for minutes off the bench.