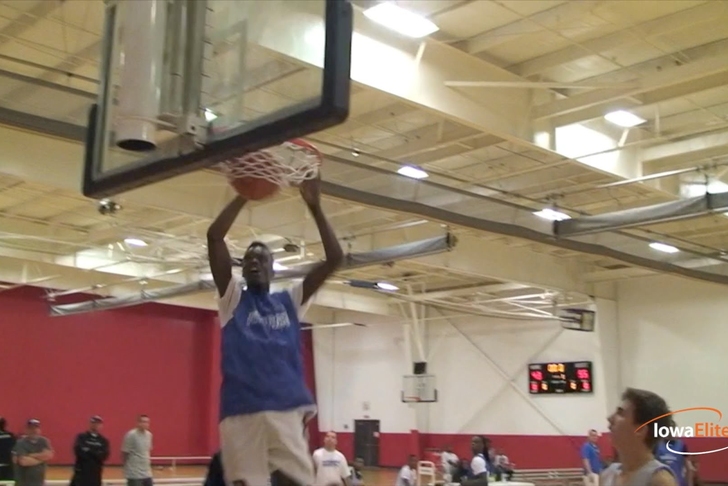 The Kansas Jayhawks picked up a huge recruiting coup on Sunday, receiving a commitment from four-star guard LaGerald Vick. Coupled with pledges from McDonald's All-American big men Carlton Bragg and Cheick Diallo, Bill Self has made quite a splash for himself during the 2015 recruiting window.

The best potential part for Self? It's possible Vick could join Bragg and Diallo as a member of the Class of 2015.

Vick, the prime attraction at Douglass High School in Memphis, is still deciding whether or not to reclassify to the Class of 2015, a move which would add him to Bragg and Diallo and form arguably as strong a hoops recruiting haul as anywhere in America.

Reclassification is still TBD, and a final decision may not be made for a few days, according to Vick’s AAU coach, Norton Hurd.

“No official decision has been made,” Hurd told the Kansas City Star. “We made the hardest decision first — going on and making the college decision. His family and the Kansas coaching staff will be in contact and come up with a conclusion soon.”

Vick is ranked as the #17 shooting guard and #92 overall recruit in his current Class of 2016 designation.