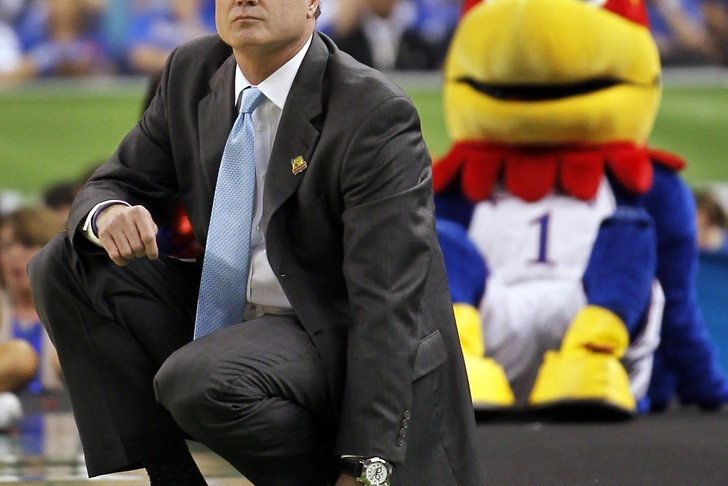 The Kansas Jayhawks are on the verge of a championship breakout, but there are still some things that need to be addressed before Kansas sets it sights on NCAA Tourney glory. Here’s our list of 3 Burning Questions For Kansas Basketball Heading Into The 2015-16 Season.

1. What Will Perry Ellis Do For A Finale?

“He has a chance to be a top-10 scorer, and I’d assume high in the rebound ranks,” head coach Bill Self said of Ellis recently. “He will be at least a two-time, first-team all-league player. He is going to graduate.”

Ellis' decision to return to Lawrence is a two-fold benefit, in that it gives him a chance to finish his education and increase his draft stock by rocketing up on many an all-time list for KU. He's never been to a Final Four, and perhaps this is the year where everyone rallies around him to get him to that big stage. Greene required offseason surgery after "feeling something pop" in his hip back in late-January. He struggled through the injury through March, but he's expected to be in game shape and ready to go come the 2015-16 season. From there, Greene will compete with Wayne Selden for a true sixth man role. If he's healthy, his undeniable shooting touch should edge him ahead and allow for him to play a key role in the Jayhawks' run to the NCAA Tourney.

3. What Impact Will Dwight Coleby Have?

“He’s exactly what I think we need,” Self said in early June about the transfer of the Mississippi power forward/center. “He’s a big guy that can play either bigs position. He’s active. He reminds me of a lot of a bigger Jamari or Thomas Robinson-type body."

A versatile, active big man is essential to Self's system at its peak efficiency. Coleby could be the puzzle piece that gets the offensive machine rolling for KU.