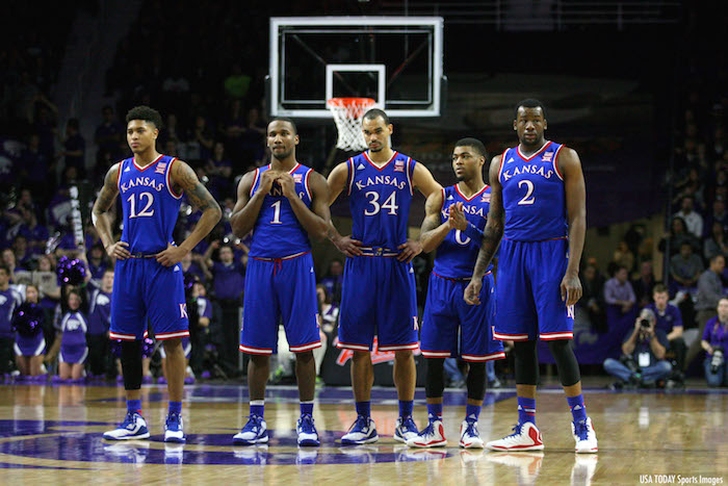 The Kansas Jayhawks are on their way to their 11th straight Big 12 title and are looking to make their first Final Four since 2012 after losing in the Round of 32 as a No. 2 seed last year.

Ellis has been KU's most consistent player all season, bringing some stability to a team full of underclassmen. He leads the Jayhawks with seven double-doubles this season, and even though he does most of his work down low, Ellis is a threat from the perimeter (38.5 percent from three-point range). Ellis uses his speed and athleticism to cancel out his lack of size (6'8") and is excellent in transition.

Kansas is a very athletic team, and that pays off on the defensive end in the form of rim protection. The Jayhawks rank 30th in the country in blocks with five per game, and two players average multiple blocks per game (Cliff Alexander, Jamari Traylor). That turns their opponents into jump shooting teams, making them easier to defend.

Playing on the road

Kansas is absolutely amazing at home, but they struggle mightily on the road. They've gone just 5-5 in true road games this, which doesn't mean good things for them in the NCAA Tournament. KU should get a high enough seed to play in a venue close enough to have de facto home games in the first two rounds, but they could run into problems from that point on.

Kansas' youth has caused their road woes and led to a lot of inconsistency this year, factors that point against a long tournament run. However, the Jayhawks have the talent to make the Final Four if they put it all together. Their success will largely come down to matchups and seeding.

Follow our Kansas Jayhawks team page for all the latest Jayhawks news and rumors!