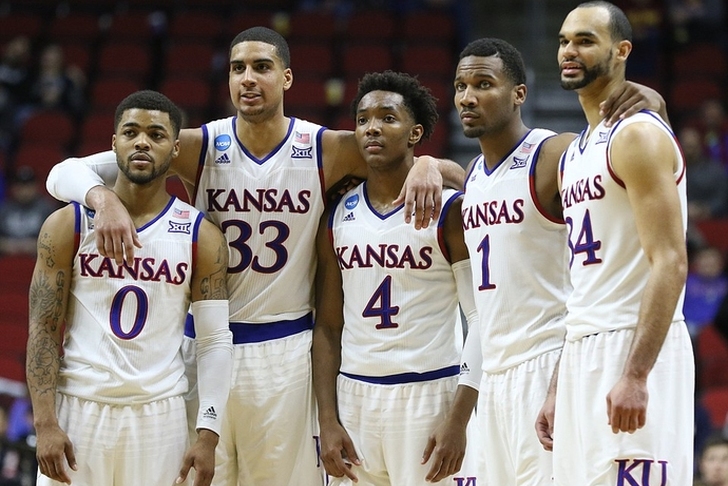 The Kansas Jayhawks are heading to the Elite Eight. The No. 1 seeded Jayhawks defeated the No. 5 seeded Maryland Terrapins 79-63 Thursday night. It was a two-point game at halftime, but Kansas pulled away in the second half. The original score final was 77-63, but the referees added a late score for Kansas after the teams had begun to walk off the court.

A nearly seven minute scoring drought from the field starting with 10:30 to play doomed the Terrapins. It was just a nine-point game the drought started, but the Terrapins could only find points from the free throw line until there was 3:43 to play.

Perry Ellis had a monster game for the Jayhawks. He had 27 points on 10 of 17 shooting. He was 7 of 7 from the free throw line.

Wayne Selden also played well. He had 19 points, seven rebounds and six assists. Frank Mason struggled in the win, putting up just nine points on 3 of 10 shooting. Landen Lucas put up a double-double with 12 points and 11 rebounds.