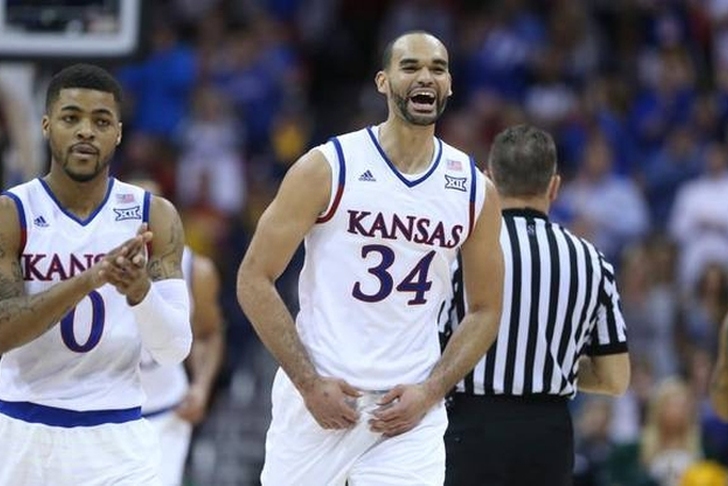 The Kansas Jayhawks showcased why they are the top overall seed in the NCAA Tournament, flexing their muscle in a 73-61 blowout win over the UConn Huskies on Saturday night.

KU came out of the gates swinging, going on a 18-5 run to open the game. Their defense really set the tone, holding the Huskies to just 25.8 percent shooting in the opening frame - and a chilly 33.9 percent for the game. That stingy defense propelled Kansas for the rest of the night, and though UConn was able to cut the lead to nine with 8:30 left, Kansas quickly push the lead back to double digit. The Huskies never threatened again.

The Jayhawks dominated this game on the inside, especially in the first half. No Connecticut big man scored a single point in the first 20 minutes, and they combined for just six total points on the game.

On the flip side, Kansas was led by Perry Ellis (21 points, eight rebounds), who had no problem getting whatever he wanted inside. Guard Wayne Selden led KU's perimeter attack with 18 points andsix rebounds.

Daniel Hamilton (11 points, eight rebounds, six assists) and Rodney Purvis (17 points) did all they could to carry UConn from the outside

Kansas now advances to face the winner of (5) Maryland vs. (13) Hawaii in the Sweet 16 on Thursday in Louisville, KY.