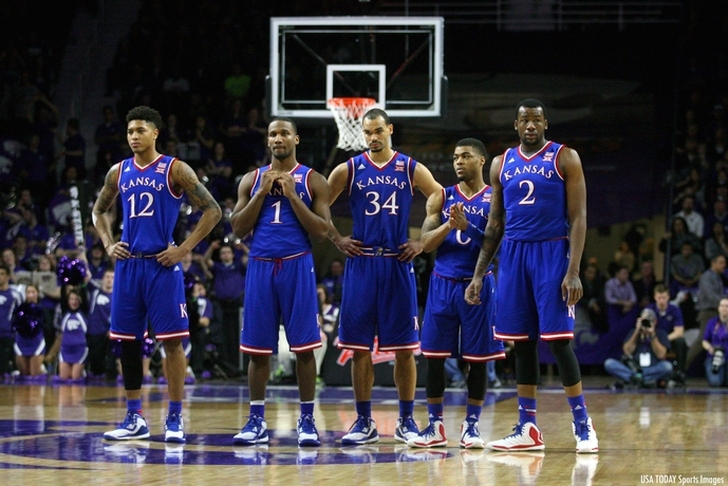 The No. 1 seeded Kansas Jayhawks had little trouble with Austin Peay in the Round of 64 Thursday. The Jayhawks were up 48-28 over the Governors at the half, and cruised to an easy 105-79 win.

KU had four players in double-figures, led by Sviatoslav Mykhailiuk set a career-high with 23 points. He was nothing short of spectacular during the game, hitting 9 of 11 shots from the field, including 4 of 5 from beyond the arc.

Perry Ellis had 21 points on 8 of 12 shooting for Kansas. Wayne Selden hardly played the second half because of foul trouble, but still had 14 points. Landen Lucas added 16 points on 6 of 7 shooting for the Jayhawks. Two other Jayhawks had nine points.

Austin Peay had nothing going beyond the arc, hitting just one of its first nine 3-point tries. The Governors finished with 4 of 15 3-pointers, but it was too little, too late. Josh Robinson led the Governors with 24 points.

The Jayhawks will play the UConn Huskies Saturday in the Round of 32. The Huskies beat Colorado earlier Thursday.